Is Your Child Addicted to Cell Phone? Part 2

Last week I wrote about my struggles with my son using the mobile phone. Initially I avoided giving him phone and succeeded. Then came bigger problems and I had to give him mobile. Read that blog here.

When I him mobile, he assured he will use it for only 1 hour per day. As per psychology 30 minutes to 1.5 hours is safe screen time ( depending upon age). So I thought its safe and I believed him because he had shown excellent self-control with TV. But I forgot to consider following factors

I was very careful before giving him my mobile. I removed all the games that my mobile had and downloaded few coloring and matching games. He liked them and followed 1 hour rule.  But gradually he started asking me to download games which his friends talked about. Then this started..

My happy child, turned into irritated and restless one.

Whenever I tried to reason with him, he would say

“I don’t use mobile that much!”

“All my friend’s parents allow, only you are like this!”

“I didn’t use it continuously for 1 hour. I was doing something else!”

“I am bored. You have to play with me now”

When I tried to play with him, he would call everything boring. The power of technology stimulation!

Out of frustration, I changed my mobile lock and stopped giving him mobile. He got more irritated and started series of tantrums and nagging. It is really hard to say ‘No’ to the child.

I am not against technology. Being an engineer, I know it can be of great use. In fact, many researches have shown certain mobile games can increase brain connections , hence intelligence. Learning technology early creates a lot of possibilities in the future. Read here the story of a boy who started coding at 13 and now has his own business.

I decided to motivate Tejas to use mobile for learning. I showed him, how much he can learn by watching YouTube videos. He tried many things from animation to coding and decided to pursue origami. He said, he can do it any time, without spending anything and give gifts to friends. Smart decision. He has become famous in school and neighborhood with his origami models. Now his friends talk about origami instead of mobile games.

Posture problem, I am not able to correct fully. Usually he sits on sofa while using mobile and sofa is designed for adults. So he slips and his back bends. But I keep reminding him about it and he listens. He does Kung-Fu and Yoga, so no issues till now.

My mobile has lot of personal information. Also now a days transactions are done through mobile banking. So I got him a separate mobile (his grandpa’s old mobile). I explained him to check permissions and reviews before downloading anything. I keep telling him dangers of being online (even watching YouTube).

Sometimes he asks me to find something. Recently he said, his friends were talking about ‘Despacito‘ and we watched it together.

Now the biggest problem is “Limiting mobile time”. He would agree to a time and often continue using mobile over the time. When I explained him(through stories) dangers of too much mobile usage, he said, “Mama, I want to use it as I promised. But I don’t know when to put it down”. He was honest. Children think of time differently than adults. So verbally telling 1 hour or 5 minutes doesn’t work. Believe me, I have tried different methods even keeping timer near him. Finally I decided to install “Parent Control” software. (not sure why I didn’t do it earlier).

This is a very good app.

It locks mobile after certain time limit – If you set mobile time limit as 1 hour from 5pm to 6pm, it locks mobile rest of the time. So child can not use mobile any other time. It can be installed in parent’s mobile and parent can unlock mobile with a password.

It can restrict the child from using apps like Mobile Banking.

What I liked most about it is, it shows a detailed report of child’s mobile usage.

But it’s free version is limited and I switched to Kids Place.

It does all above things, other than sending report in email. It’s UI is bit confusing, but could do all the settings in 30 minutes. Finally I had to use one technology to control another technology.

One day Tejas was telling me something and I was engrossed in my mobile. He said, ” Mama, looks like you need Kids Place too!”.

Right now everything is good. But I see teenager kids in the neighborhood having Facebook accounts. Tejas will be a teenager soon and who knows what is to come.

Have you installed “Parent control” software in your/child’s mobile? What steps have you taken to keep your child safe online? Do let me know. 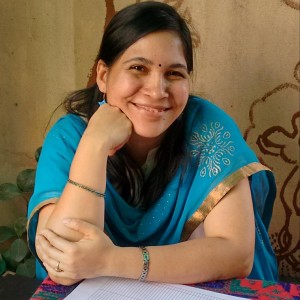 Chetana is an animator, story teller, entrepreneur and engineer who has worked in technology domains with international clients. She is certified in psychology from Yale University and also a certified story teller from Kathalaya. She had immense success in combining psychology with story telling.

1 thought on “Is Your Child Addicted to Cell Phone? Part 2”

IKnowItMOM > Blog > All > Is Your Child Addicted to Cell Phone? Part 2